The museum can be visited by appointment 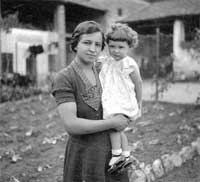 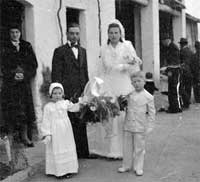 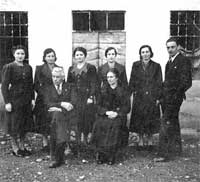 The Giuseppe Schiavo exhibition was conceived as a tangible testimonial of the work and commitment of the Schiavo family, which has now reached its 5th generation in artisan distillation.

The Grappa is still produced in the old distillery using a low pressure batch distillation plant with copper stills.

The document section starts with the need to recognise and diffuse the image of ancient Costa Fabbrica as a passageway towards other villages.

There have been a great many findings dating back to the 1st-2nd centuries, also known as the “Romanisation of the Provinces”, with the related construction of Country Villas dedicated to the production of cereals, wine, oil and livestock breeding.

Moreover the points for dividing the land best defined as the “Graticolato” or grate. In fact this map traces the boundaries of the individual parcels of land in a grid, where each square was allocated to families of veterans who had completed their service to the Empire, particularly after the famous Gallic Wars of Julius Caesar.

he exhibition then moves onto the link with Medieval times, thanks to specimens like the original parchments that span the 14th-15th-16th centuries showing purchase deeds for land, grain mills, water streams and above all vineyards. 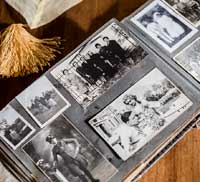 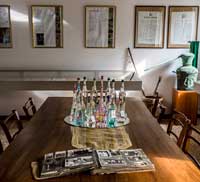 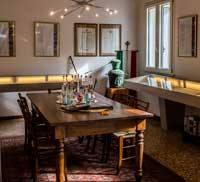 Then there are the anastatic reproductions of antique 17th-18th century maps of the Costa Fabbrica (later named CostaBissara) estates of the Count Bissari, high ranking Vicenza nobles who are remembered for having given to the Commune of Vicenza the land to build the Basilica in Piazza dei Signori and where still today stands the famous Clock Tower, which is actually known as “dei Bissari”.

The surprising thing is that the Bissari Nobles had assessed all their assets and thus even their neighbours, which also included the Schiavo family who owned land and a Dove Tower with annexed farm buildings, which as time went on were transformed into the actual early nineteenth century colonial home.

This is where the correspondence and declarations of the Lombard Veneto Reign take over, with exchange tables showing the values of goods and money, original notary public deeds of the family with the purchases and sales of land through to the construction of the present distillery.

This is the moment when the SCHIAVO FAMILY began its new adventure in the world of spirits.

The exhibition offers maps, company deeds, the Weights and Measures Licences for the production of Spirits and the first customs payment receipts on the spirits, made out to the Schiavo family.

There are also the first distillation manuals in French, actually used by great-great grandfather Domenico during his first trial productions, the Inland Revenue project of 1929, involving a census of all the distilleries in the province of Vicenza and the delivery notes used on receiving the marc in the distillery ready for distillation.

The final part of the document department is dedicated to the history of distillation, with an exhibition of the most antique books on this art.

They cover the Sienese school of Mattioli, the Flemish school of Lonicer, through to the Florentine school of Vannuccio Biringuccio and Neapolitan school of Gio.Battista della Porta, not to mention the German schools the Thesauri (written compendiums ) by Gesner, with the Coelum Philosophorum by Filippo Ulstadio and moreover the French school of Beguin, concluding with the distillation described in the famous encyclopaedia by Diderot-D’Alembert.

On entering the equipment section the first thing that meets the eye are several 18th and 19th century copper distillation stills made for household Grappa production.

However there is also a surprising specimen, which is a still made completely of terracotta, probably from the Slavia school, used for distillation but probably with fruit.

There are also many hand written recipes for digestive Amaro’s, Liqueurs and Aperitifs that were highly fashionable at the beginning of the 1900’s, Weights and Measures regulations on the use of dyestuffs in their production controlled by the then Sabaudo State.

Pestles, copper cauldrons and the various hydrometers that have passed the centuries delicately shrouded in wooden caskets and a beautiful collection of antique glass Measures, with half litres, litres, litre quarts from the Lombard Veneto Reign to the Sabaudo State through to the Italian Republic, all used for filling or controlling containers since in the past spirits were also sold on draft.

The collection of tools is also a pleasant sight, used in the maintenance of the distillery, with pieces custom-built pieces forged by skilful local blacksmiths.

The walls of the room illustrate the journey through the evolution of the Distillery, from its foundation through the present day, highlighting the salient steps in over a century of activity accompanied by a wonderful collection of original maps showing the Vicenza region and City from the 15th to 19th century. 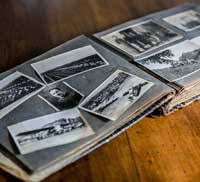 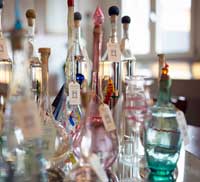 Siamo a Costabissara (Vicenza)
in Via G. Mazzini, 39